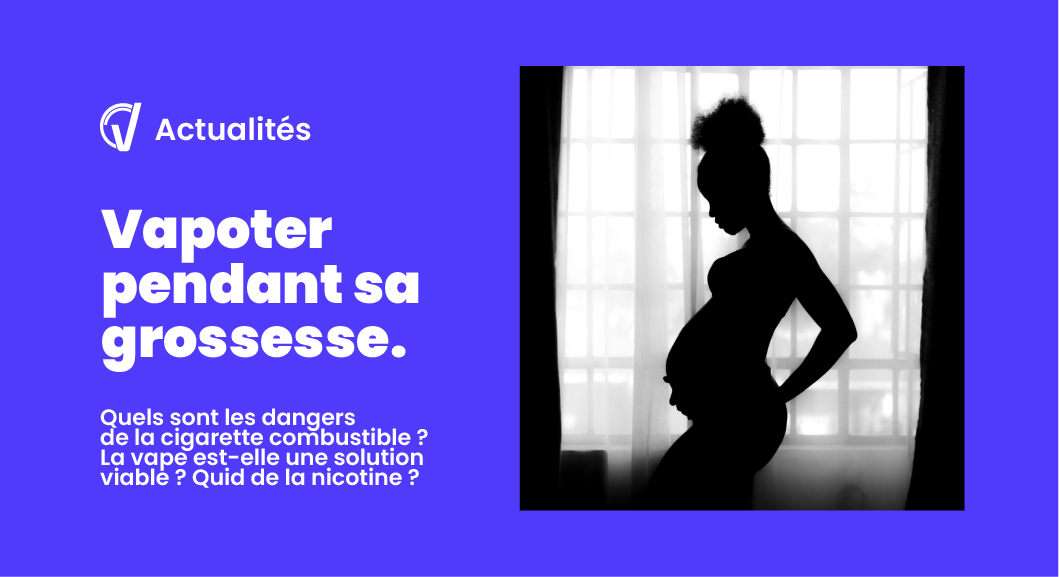 In a report¹ published by Public Health France in 2018 (using figures from 2016), 30% of pregnant women declared themselves to be smokers before their pregnancy, and nearly half of them announced that they had succeeded in quitting during. Conversely, the other half failed to completely quit smoking during pregnancy.

The dangers of smoking while pregnant

Depending on the types of tobacco , the consumption methods and the additives present in the cigarettes, the risk may vary. Miscarriage, ectopic pregnancy, metrorrhagia, premature birth, difficult healing after a cesarean… the list of dangers to which pregnant women and smokers are exposed is rather long and worrying. It should also be highlighted that these risks are proportional : the more frequent the cigarettes consumption, the greater the risk will become. The possibility of miscarriage is also increased through passive smoking.

For several years, many specialists, scientists and medical professionals have looked into the subject. Is it dangerous to vape before and / or during pregnancy?

Dr. Philippe Presles, psychotherapist and tobacco specialist, says “it is better, for a pregnant woman, to quit smoking through vaping, if she has already tried other methods of quitting without success. Every day without carbon monoxide, tar and toxic particles will be less harmful for the baby ”.

In addition, reassuring news from a recent study² ​​published in the American Journal of Obstetrics & Gynecology showing  that the use of a personal vaporizer by a pregnant woman is not associated with premature birth, or a lower birth weight for the baby. The results obtained are similar to those of non-smoker women.

As the Royal Society of Public Health in the UK has identified, nicotine, if not smoked, has a toxicological profile similar to that of caffeine. This suggests that, like other nicotine substitutes, used and recommended for pregnant smokers since the 1980s, inhaled nicotine would significantly reduce the risk. Nicotine substitutes are already used by the medical profession to help quit smoking. In France, substitutes have been authorized and recommended for pregnant smokers since 97.

Thanks to all the data that we can gather today, vaping during pregnancy appears to be a way to avoid the proven and considerable dangers for mothers and their children that smoking cigarettes represent. Quitting smoking is therefore essential and nicotine substitutes such as vaping can prove to be an effective help.

This is an non-necessary category.